Saturday 9th January 2021 - Shenstone
Today I decided to undertake a walk around the lanes and fields on the Shenstone side of the local patch. Things were fairly quite on the bird front with just a handful of Fieldfares and Chaffinch along Witch Lane and whilst walking the footpath across the large field that runs towards Podmore I flushed 2 Meadow Pipits.

Curslow Lane was also very quite but I did add Common Buzzard and 2 Red-legged Partridge to the list.  Whilst at a mostly frozen Willow Marsh Fishery a single Grey Heron was of note. 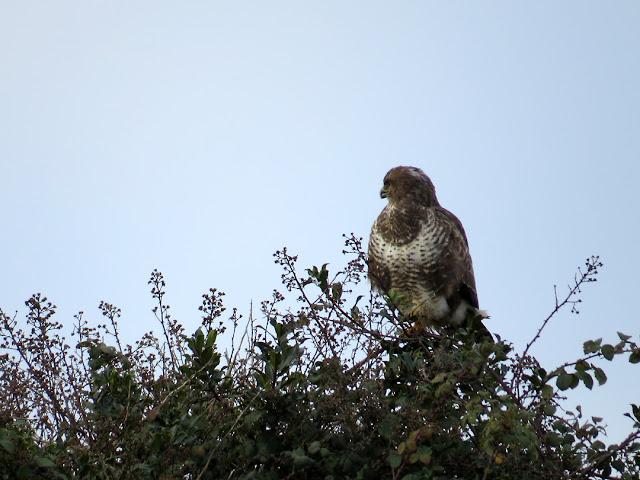 Sunday 10th January 2021 - Stone
I was back over at the Stone side of the patch today where I spent some time around the Heath Lane area.  The undoubted highlight was seeing 12 Corn Buntings perched on the hedgerow of the model aircraft field alongside.  Also present in this area were c.60 Linnet.
Corn Buntings & Linnets - 10th January 2021 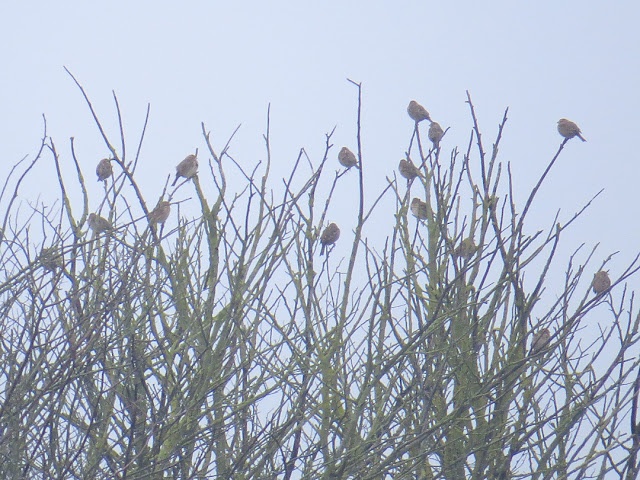 Also of note along Heath Lane were 2 Fieldfare, 1 Song Thrush and a Dunnock who was busily picking through the snow in front of a hedgerow to get to food .
Dunnock - 10th January 2021 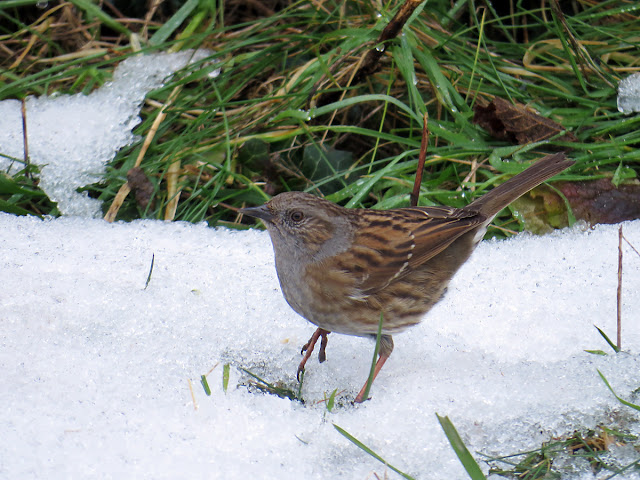 Posted by Jason K No comments:

It was a very foggy morning at Stanklyn when I visited for my walk today with a lovely hoar frost covering the trees and shrubs.  Snow still remained on the fields in places too so it gave a very wintry feel. 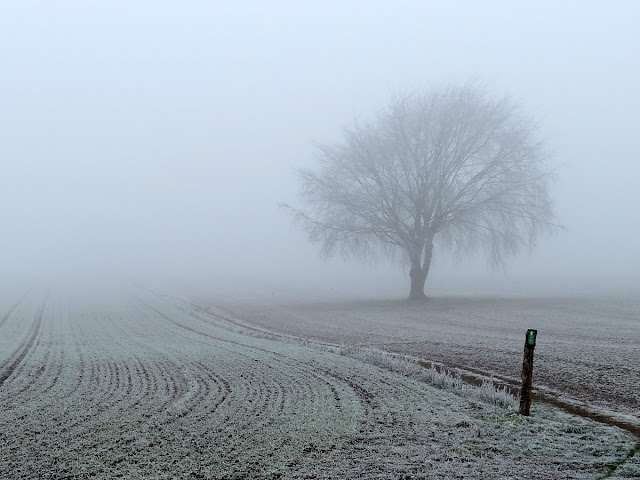 Birdwise, things were fairly quiet and visibility not great.  That said I did record Jay,  Meadow Pipit, 2 Blackbirds, 1 Robin and 6 Redwings feeding on the Ivy berries.  Luckily one of the Redwings sat up in a nearby tree for a brief while which allowed me to get off a handful of photos.
Redwing - 7th January 2021 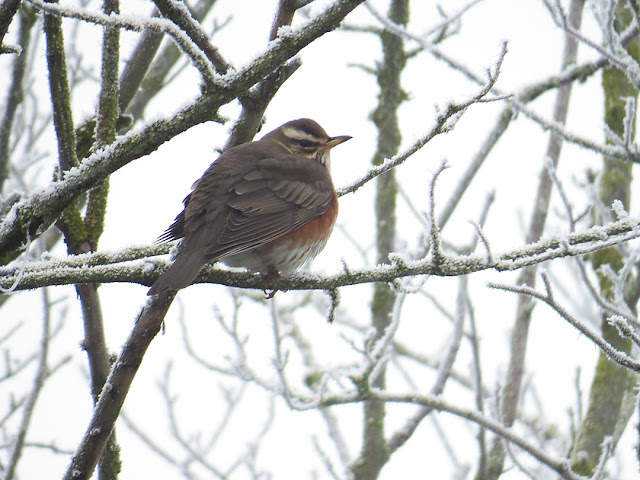 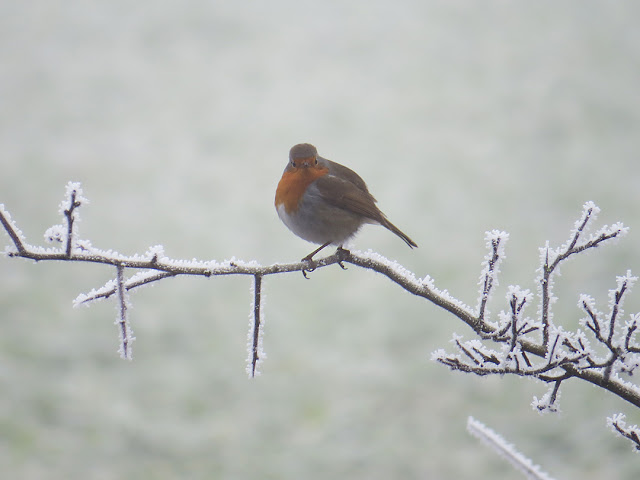 Posted by Jason K No comments:

Today I decided to undertake an exercise walk along Stanklyn Lane and up/back down Heath Lane.  The fields were still had quite a covering of snow and the conditions were quite cold and icy.
Stanklyn Paddocks, 5th January 2021 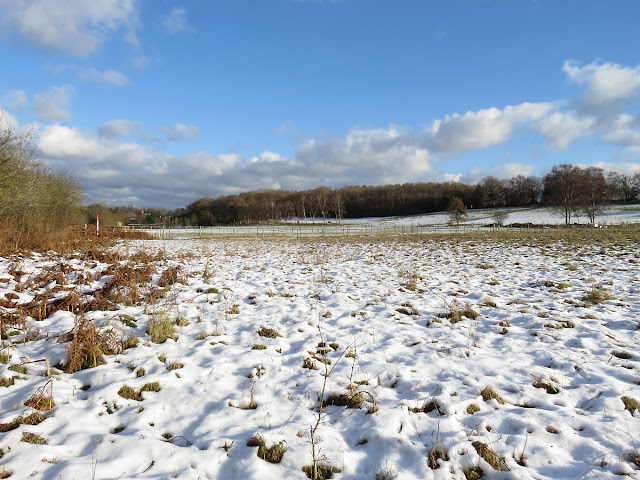 Surprisingly there was little of note in the fields along Stanklyn Lane but Heath Lane proved to be more productive.  A Fieldfare was feeding on the fallen crab apples along the roadside and along the hedgerow at the model aircraft field there were 2 Corn Buntings and C.60 Linnets present.  Whilst at the aircraft field a cock Pheasant flew in and perched majestically on a snow covered manure pile.  I took a quick photo as, with the backdrop of a distant snow covered Titterstone Clee Hill in the background you could be forgiven for thinking you were somewhere completely different.
Pheasant and a view across to Titterstone Clee Hill 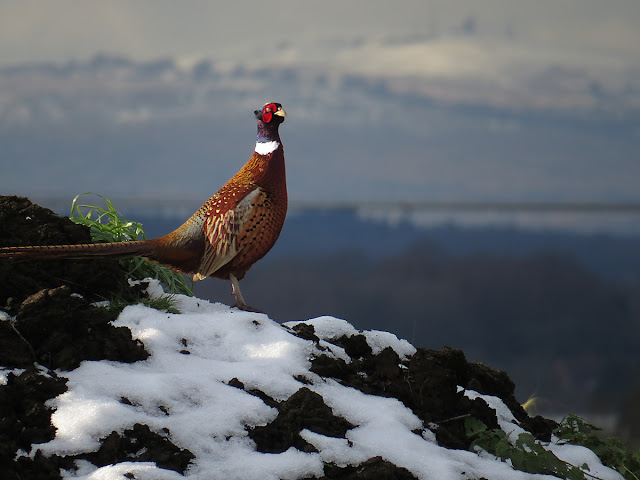 Past the grounds of the Islamic School there was a small number of Carrion Crows feeding in the field.  Along side them was a single Raven.
Raven - Heath Lane, 5th January 2021 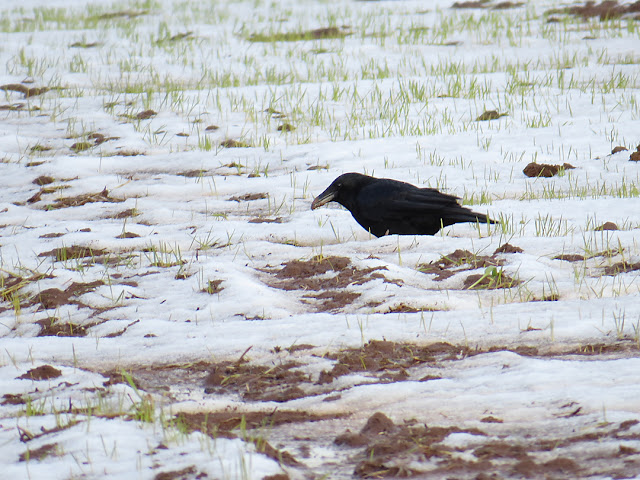 Ravens have increased significantly locally and when I was writing posts for Shenstone Birder first time around they were just occasional fly over birds on the patch that I would pick up as they flew over making their trade mark 'kronking' call.  Nowadays there is at least one resident pair their and it's very rare I visit without seeing one or both of them.   I have attached a video below of one of the Ravens perched up kronking away that I took along Heath Lane back in December 2020.
Raven - Heath Lane, 20th December 2020
Posted by Jason K No comments:

This afternoon I met up with local photographer & fellow local wildlife enthusiast Dave Williams (aka Spenells Pensioner) to go and view the ever increasing wintering Linnet flock at Stanklyn fields.  The flock has steadily grown as autumn/winter progressed.  Back on 24th November 2020 I recorded c.700 there and on this very morning Dave had recorded over a 1000.  In a normal winter there are usually a couple of flocks of around 200-300 in the local area so this year is looking exceptional.  This winter the fields they are favouring are full of a green manure called Fodder Radish which has gone to seed and has become like a magnet for the Linnets to feed on.  Other mixed flocks other finches such as Chaffinch, Greenfinch and even a couple of Brambling have also been drawn to it.  Anyway, back to our amble.

We started off by checking out the frozen Captains Pool.  All that was present were 14 Black-headed Gulls and a single Lesser Black-backed Gull on the ice.  At the rear of the a number of Mallards were swimming around keeping a small area of water open. 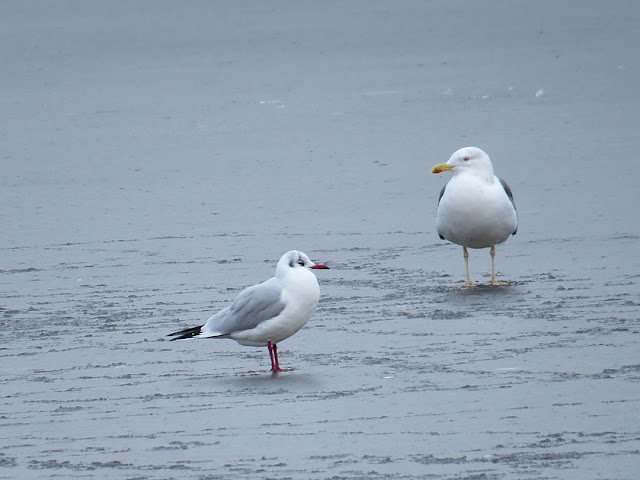 Heading to the fields we were greeted by a huge flock of around c.1200 Linnets that were swirling around over the crops in an almost Starling murmuration-like fashion.  The flock would then split for periods of time into 2-3 smaller flocks before merging again.  As the afternoon drew on more and more parts of the flock broke off to in the nearby trees.  It really was fascinating to watch.  Check out the video below.

Also of note in the area were 5 Skylarks and a female Kestrel.  Sadly this would be the last time I would catch up with Dave for a while for a walk as the country yet again entered lockdown restrictions due to the Covid pandemic.  That said I will still be undertaking solo exercise walks around the local fields and lanes  with my camera/binoculars in hand, so these blog posts will continue.

After a break of over 6 years I have finally decided to restart my Shenstone Birder blog.  Why?  you may ask.  Well, although I moved on to a new local patch for a few years (Hartlebury Common), I never really stopped visiting the area loosely known by local birders as Shenstone (Stanklyn, Stone, Shenstone etc).  Having still visited each year, all be it less frequently, the area very much still holds a special place in my heart.  In 2020 with the pandemic and numerous lockdowns/restrictions it was local area that I could reach easily for my exercise walks and wildlife recording fix to maintain my sanity.  Doing so made me realise that perhaps for 2021 I should restart this blog.

During the intervening years my interests in the natural world have diversified further and are not solely limited to birds.  You could say that I also have a fascination with invertebrates and this resurrected blog will also reflect this as well as focussing on our feathered friends.  Also this year I will be travelling further afield (when restrictions permit) for a variety of wildlife within Worcestershire and neighbouring counties.  So the blog, much like in its later years, will not just be about Shenstone or Birding.  Of course, I could change the blog name to something different or started a fresh once more but Shenstone Birder has a rich back history of 700+ posts and the name has a kind of special place in my heart as it was my first and most successful blogging venture.

So there you have it.  Shenstone Birder starts a new after a lengthy hiatus.  I hope you all find it as interesting as first time around and enjoy the upcoming posts (coming very soon). 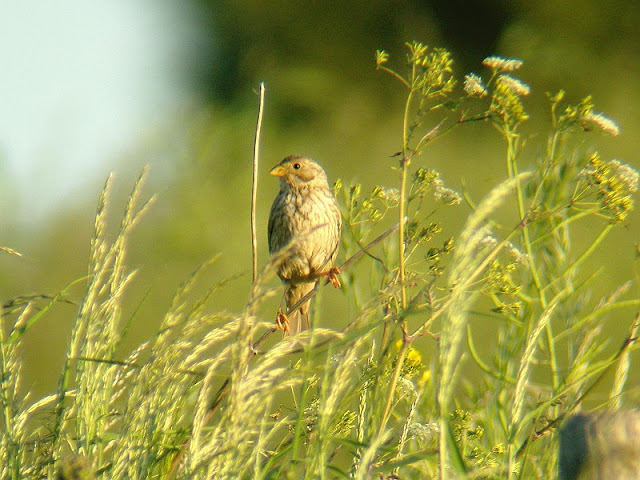